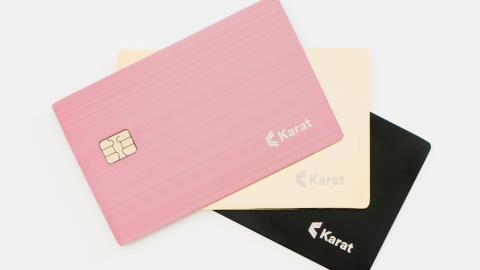 A fintech startup targeting creators on digital platforms like YouTube and Twitch has launched its first product, a card that links customers’ credit to their social media numbers.

The brainchild of Instagram and Goldman Sachs alumni, Karat is aimed at the streamers and influencers who are part of a fast-growing $15 billion industry.

While many of these creators are making substantial amounts of money, they are ill-served by banks because of mediocre credit scores.

TheRussianBadger, a YouTuber with 2.7 million subscribers, says: “Banks gave me laughably low credit, forced me to fax documents like the Mesozoic era, and treated me like I didn’t matter.”

He is one of a group to have tested the Karat black card, which determines credit based on things like social media following and current revenue.

The card has between two and five per cent cashback, waived interest fees, and other perks including metal cards depending on the size of the customer.

“Now I have the credit I need, the perks I want, and a fax machine that I can set on fire,” says TheRussianBadger.

As it rolls out its first product, Karat says it has also secured $4.6 million in seed funding from Twitch co-founder Kevin Lin, SignalFire, YC, CRV and Coatue.