Previously known to be the company that hacked entertainment media firm Grubman Shire Meiselas & Sacks,  the cyberattack gang REvil does not appear to be giving up their devious activities any time soon.

Their new scheme once again entails ransomware but this time the demands are targeting big-shot celebrities, such as rap star Nicki Minaj, NBA superstar Lebron James, and Mariah Carey. 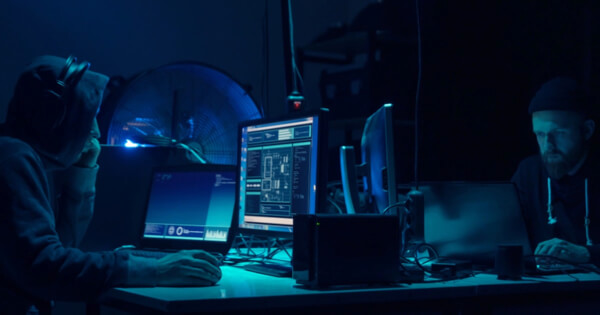 The reputed American law firm Grubman Shire Meiselas & Sacks caters mainly to Hollywood celebrities.  Among other well-known entertainment performers, they are the official legal representatives of known celebrities such as Lady Gaga, Elton John, Mary J. Blige, and many more.

News of the cybercriminal activities pertaining to REvil group surfaced last month. The hacking group boasted that it had previously managed to hack and extract a massive amount of encrypted data from a reputed American IP law firm, and stolen data from the US navy. They then proceeded to auction off the data that was illegally stolen during their ransomware attacks.

In fact, their criminal gains amounted to a cumulative sum of 756 gigabytes worth of documents, most of which contained sensitive information on stolen music and private information on the entertainment biz.

REvil ransomware group has previously been known to target companies such as Travelex, which guarantees the lowest transactional prices for foreign exchanges in the United States of America.

Revealing the devious schemes behind REvil

REvil is notorious for demanding popular cryptocurrency payouts such as Bitcoins, in exchange for a release of the stolen data. However, the ransomware gang has decided to switch to heists targeting Monero (XMR) payouts. These are known to be more safe, secure, and highly untraceable.

Monero is a cryptocurrency that was founded in 2014. It resulted from a fork of ByteCoin. With Monero, the advantage is that account privacy and fund transactions are completely in the power of the crypto user himself.

The ransomware group has revealed future plans that include hacking President Donald Trump. Judging by the POTUS’ reaction to Bitcoin, ransomware hacking threats such as Revil’s may lead to an angry Twitter comment or another huge reaction of the POTUS.

Trump has previously been known to be quite vocal about his reservations on cryptocurrency trends, such as Bitcoin. This was evidenced in a Tweet he made in July 2019, that talked about their high volatility and thin air concept.