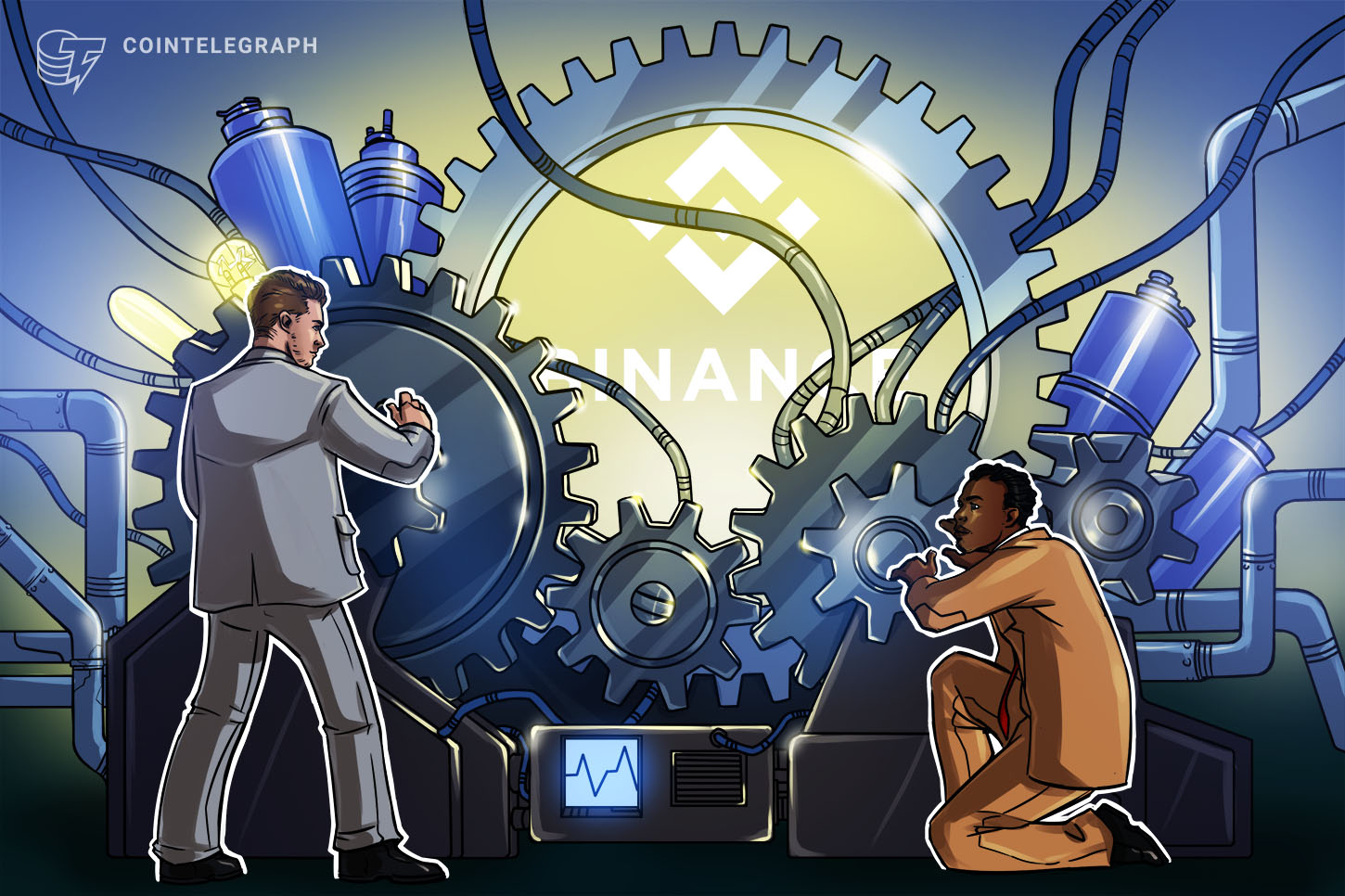 Anticipating the next bull run

The trading platform has reportedly re-wrote all code and switched the matching engine to a new programming language. It’s said to be the biggest upgrade in two years. It could perform 10 times faster for traders for the next bull run. CZ added that:

“[…] so in theory can handle 100x volume. But when real volumes hit, there will be some other peripheral systems that may temporarily bottleneck, but will be fixed quickly.” 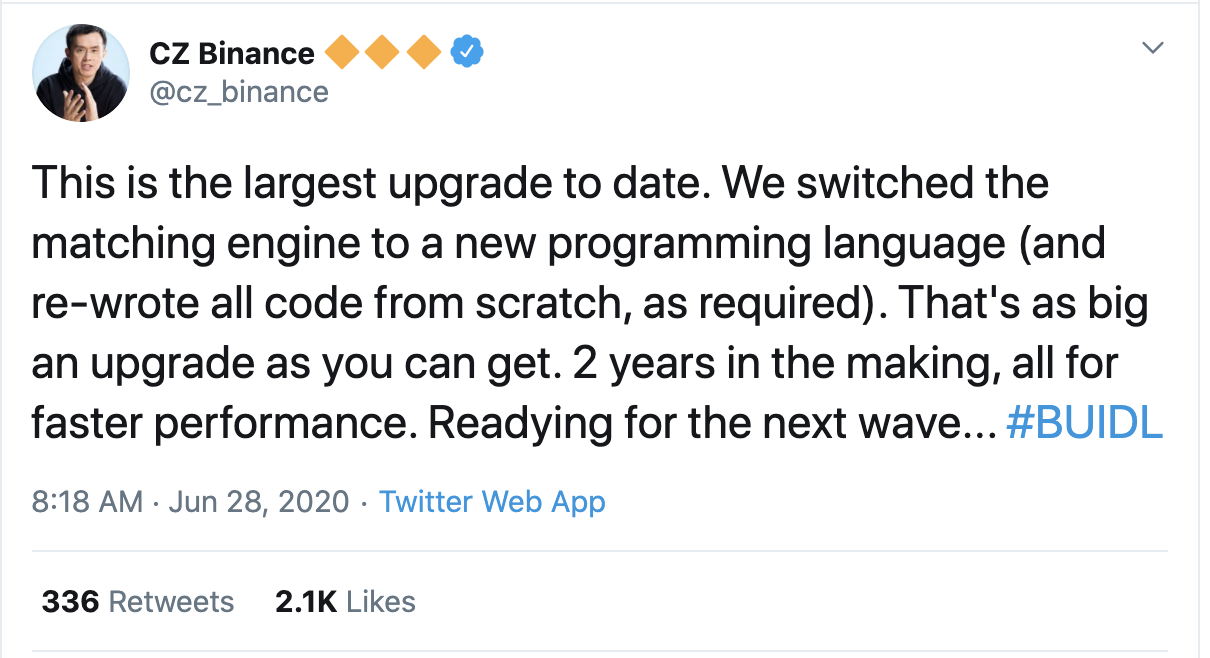 As Cointelegraph reported previously, although Bitcoin price dropped below $9,000 for the second time this week, traders continued to buy on each dip.